Mr. Sharma was born in Chainpur, Sankhuwasabha district, Eastern Nepal in 1970.  He was raised in a very small town with his family. His father owned and operated a small medical store. Being surrounded by those struggling with poverty, those days made him appreciate the difficulties poor families in the community faced. When he went to Kathmandu at the age of 18 for further studies, he was dedicated to finding ways to help the poor. While in Kathmandu he received a Bachelor's Degree in Law and Management.

After graduation, Mr. Sharma started his own construction business. Over time he became an "A" class contractor, the highest rating for a contractor from the Nepali government. He oversaw construction of many public buildings, water and irrigation projects, health centers, and roads. But he never forgot the poor and disadvantaged people in the communities he worked in. He wanted to do something for them, to ease their burdens. So he, along with his team, did many social projects to help the communities they lived and worked in. These included providing scholarships for children in poverty, constructing a school library, expanding water ponds, building access roads, or helping with medical expenses for the disadvantaged in the community.

Since June 1, 2016, he has been serving as the CHOICE Nepal Director. Mr. Sharma is dedicated to the work and is passionate about continuing the progress CHOICE Nepal has made. His aims are to eliminate extreme poverty, maintain transparency within the organization, and ensure the effectiveness and sustainability of CHOICE projects. Through these projects CHOICE Nepal will improve the quality of life in rural areas, empower the local communities and leaders; and assist in economic development through agriculture and small business development.

Kiran Neupane was born in a rural peasant family with eight siblings. In that area, people survived with the subsistence-level farming and very limited connection to the outer world. Villagers sold cattle and goats and went shopping once a year to secure salt, kerosene and clothes for the entire family. By necessity, they fulfilled most needs by themselves as best as possible. People were poor but the sense of community, level of compassion, love and interdependency were very powerful, which left a great impact on Kiran, shaping his belief that a strongly united community is a source of happiness and also a reason for the progress of the members.

As the first priority, Kiran's family sacrificed their resources in educating their children. Kiran has acquired two bachelor's degrees. One in education and one in literature and he further pursued master's degree in sociology and gender studies. Kiran is deeply interested in working to understand socio-cultural cross-cutting issues and finding better solutions which strengthen community bonding, leadership and collaboration.

Kiran started his professional career as a teacher by working in different rural villages. Teaching allowed him to perceive underlying challenges behind commonly seen problems in the education sector including high drop-out, low outcome and less cooperation from parents. After a five-year teaching career, Kiran joined hands with Bishnu Adhikari in 2002 and helped set up CHOICE Nepal as an officially registered NGO in Nepal.

As the Program Director, Kiran helps in designing projects, coordinating with government and partners, training and reporting.

Kiran and Sarita have two children and mother in the family. 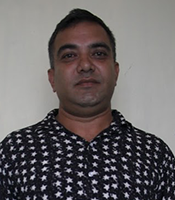 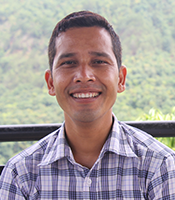 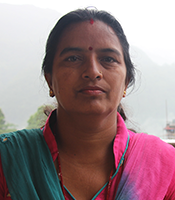