A True Giver Seeks to Help Others Find Their Potential 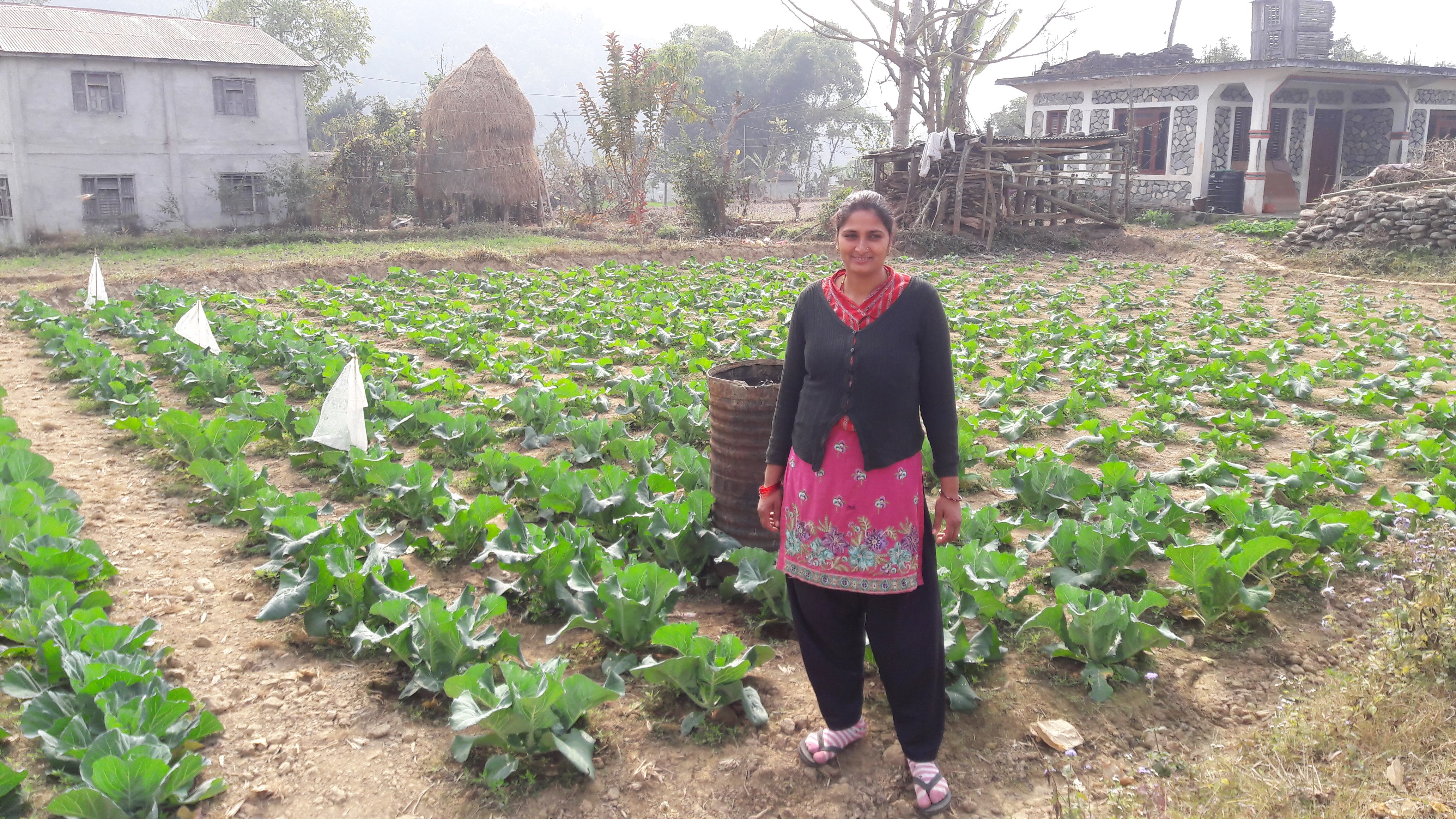 Kritika Poudel is one such a person. As a wife and mother, she was no stranger to giving all she could, however, it was not always enough. At age 17, Kritika’s parents arranged her marriage to a boy from a neighboring village in Nepal.

Kritika and her newlywed husband, Nawaraj, labored for other farmers but were unable to make a decent living or save for their children’s education. Often they even had to go without to make ends meet.

While struggling financially, she found a ray of hope when she heard about CHOICE Humanitarian’s Nepal Self Developing District Program in her village. She took a leap of courage and decided to borrow the equivalent of $250 USD to start farming. This allowed her to cultivate vegetables such as green beans, cauliflower, cabbage, and eggplant on her own instead of working for others. She was so successful in this endeavor that her husband, Nawaraj, quit his job and started working side-by-side with his wife on their farm.

Although Kritika and Nawaraj had seen some success with their farm, they still had to wait for their ray of hope to become a perfect day. Because of the size of their town, oversupply became an issue for many farmers. For most of the growing season, they could only sell a portion of their crops to the merchants at a fraction of the actual price.

This problem needed more than just a loan. The solution came when CHOICE Nepal built the Agriculture Collection Center with the generous support of the District Agriculture Development in Bhorletar. At the Center, farmers sell their crops at a fair market price.

Kritika now makes nearly double that what she was making before but that isn’t the end of her story. Kritika and Nawaraj say they can now happily send their children to boarding school without borrowing from others.

With no worries of the market, the couple plans to increase their production by leasing land from their neighbors and start cultivating based on market choice. This isn’t all Kritika has in mind though. These days she dreams of something bigger. She plans to unite the farmers of Bhorletar and neighboring villages. She wants to see every family producing something to bring to the collection center. “That is how we can eliminate poverty from our village,” exclaimed Kritika.